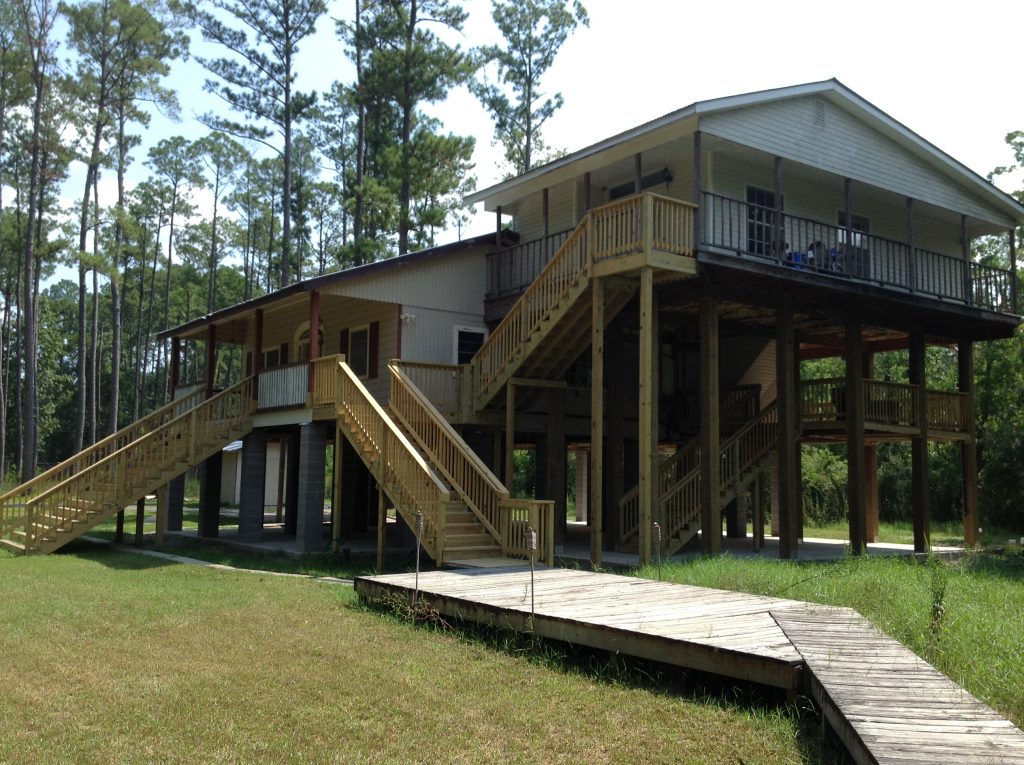 Unlike continuous walls, open foundations are composed of individual vertical structural members that support a home only at certain key points. Because the open structure presents less of a barrier to flood flows, they are often recommended in areas prone to high-velocity floods. Common open foundation elements include posts, columns, piles, and piers. In some cases, open foundations can be erected without using piers and posts.

Open foundations also help protect a home from flooding in a variety of weather conditions. Heavy rain can wash away soil around the foundation, leaving gaps that rainwater can enter. Once rainwater settles, it can seep into the foundation’s walls or even into existing cracks. This can compromise the structural integrity of the foundation. Over time, excess water may cause the surrounding soil to expand and press against the home’s foundation, requiring repair intervention.

Crawl spaces separate a home from the ground

Many people overlook their homes’ crawl spaces. They may have been neglected for years, or there may be no way to access them. If they’re not properly sealed and maintained, the space can harbor moisture and cause mold, mildew, and rot. It’s also a potential breeding ground for insects. So how can you protect your home from these potential threats? Here are some tips. First, you should never ignore your crawl space!

The air in your home comes from your crawl space. This air may contain moisture, mold spores, and other harmful bacteria. If you’re susceptible to allergies or respiratory problems, you should have your crawl space checked out. The repeated wetting of building materials will lead to mold growth and other problems down the road. In addition, if your crawl space has poor ventilation, you should consider installing downspouts or fixing your gutters.

They are cheaper to build than closed foundations

While open and closed home foundations are both effective, they do require more labor and materials. For example, the closed foundation on a home is not necessary if the building is not large and does not require many structural improvements. Open foundations are ideal for homes with a narrow lot or low-lying roof. For manufactured homes, the cost of installing an open foundation is considerably less.

They are vulnerable to frost damage

When temperatures fall below freezing, the soil around a home’s foundation becomes susceptible to frost. This results in the soil expanding and moving, resulting in frost heave. It can also damage the structure on top of the foundation. The problem is more pronounced if the home is on an open foundation. Here are some things you should know about frost heaving.

Frost damage can affect any home, including the structure. Frost heaves, which happen when water in the soil underneath a home freezes and expands, pushes up on the home’s foundation, and erodes the soil’s integrity. This condition is exacerbated by spring thaw, as structural components sink back into soft soil. Then, the frost heave will occur again, leading to cracks and holes in the home’s walls.

The frost line varies from region to region. It can be as low as a few inches in southern states to as high as six or seven feet in the far north. If you’re unsure of your climate zone, check with a local building inspector. It’s risky to build a home under the frost line if you don’t have to. Instead, you need to build a building that’s engineered for the local climate.

0 comments on “What is an Open Foundation on a Home?”Add yours →